Why the reform is needed

The Philippines currently imposes the highest corporate income tax (CIT) rate in the ASEAN region. This hampers the country’s ability to compete with other countries with a lower CIT rate. 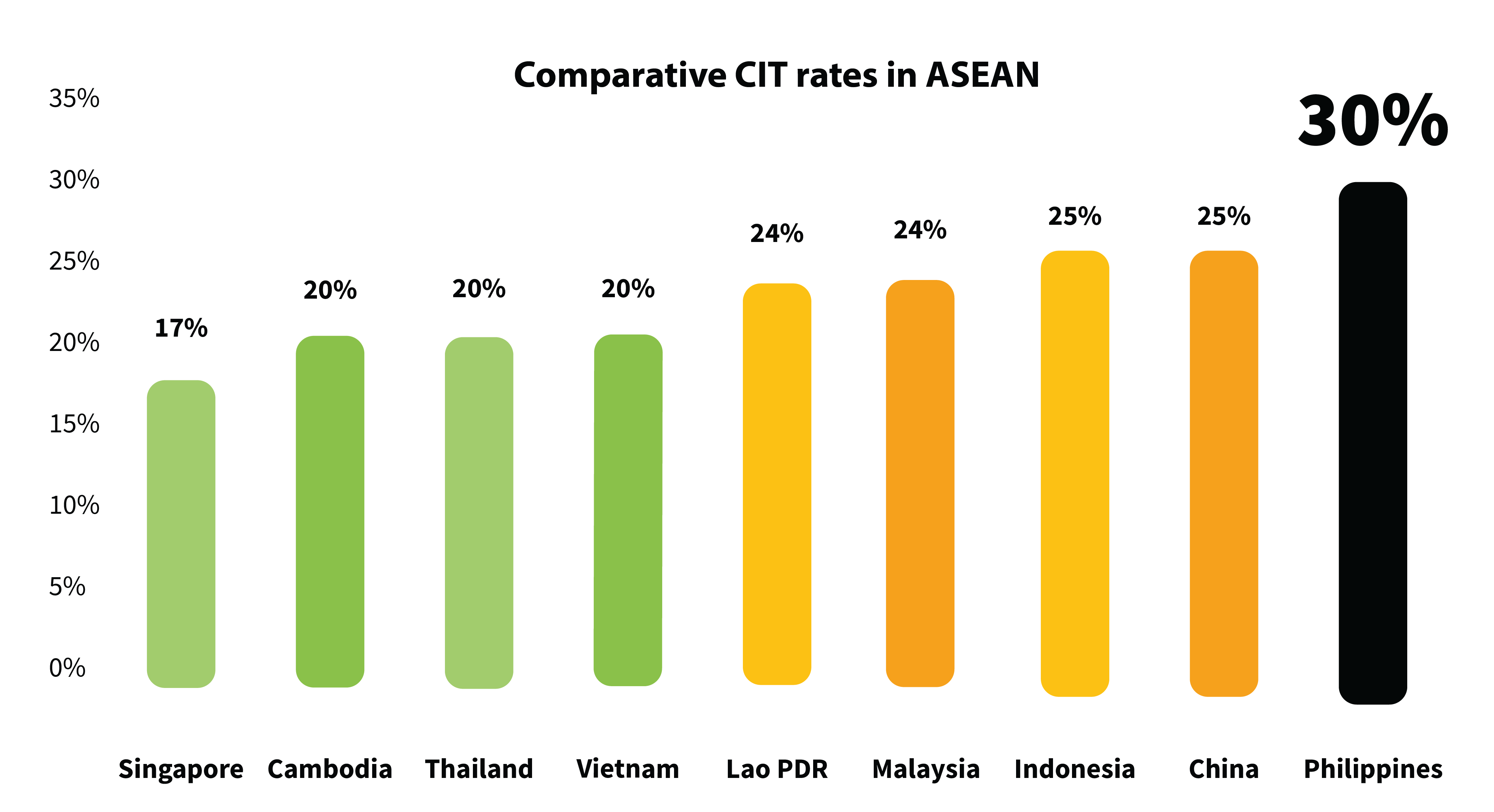 Package 2, also known as the Corporate Income Tax and Incentives Rationalization Act (CITIRA), seeks to reduce the corporate income tax rate to make it regionally competitive and bring back jobs. This measure will benefit more than 99% of companies, most of which are micro, small, and medium enterprises (MSMEs), who employ the majority of Filipinos. Savings from a lower corporate income tax rate will also allow companies to expand and create even more jobs. This measure, as proposed by the Department of Finance, is expected to create up to 1.5 million jobs.

We have a corporate tax incentive system that is overly generous to a few companies at the expense of the majority.

In 2017 alone, the Filipino people granted PHP 441 billion (or 2.8% of GDP) in tax incentives to only 3,150 companies, including those on the elite list of Top 1,000 corporations. These companies pay an effective discounted corporate income tax rate of 6 to 13%.

In contrast, under the current corporate taxation system, firms with no incentives, which include almost all of the country’s 90,000 small and medium enterprises (SMEs), pay the regular CIT rate of 30 percent of their net taxable income–the highest in the region.

The Philippines is also the only major economy in the world with a system that grants incentives to companies in perpetuity or “forever.” All other countries have a maximum duration and it applies only to few highly targeted industries and is not automatically given. 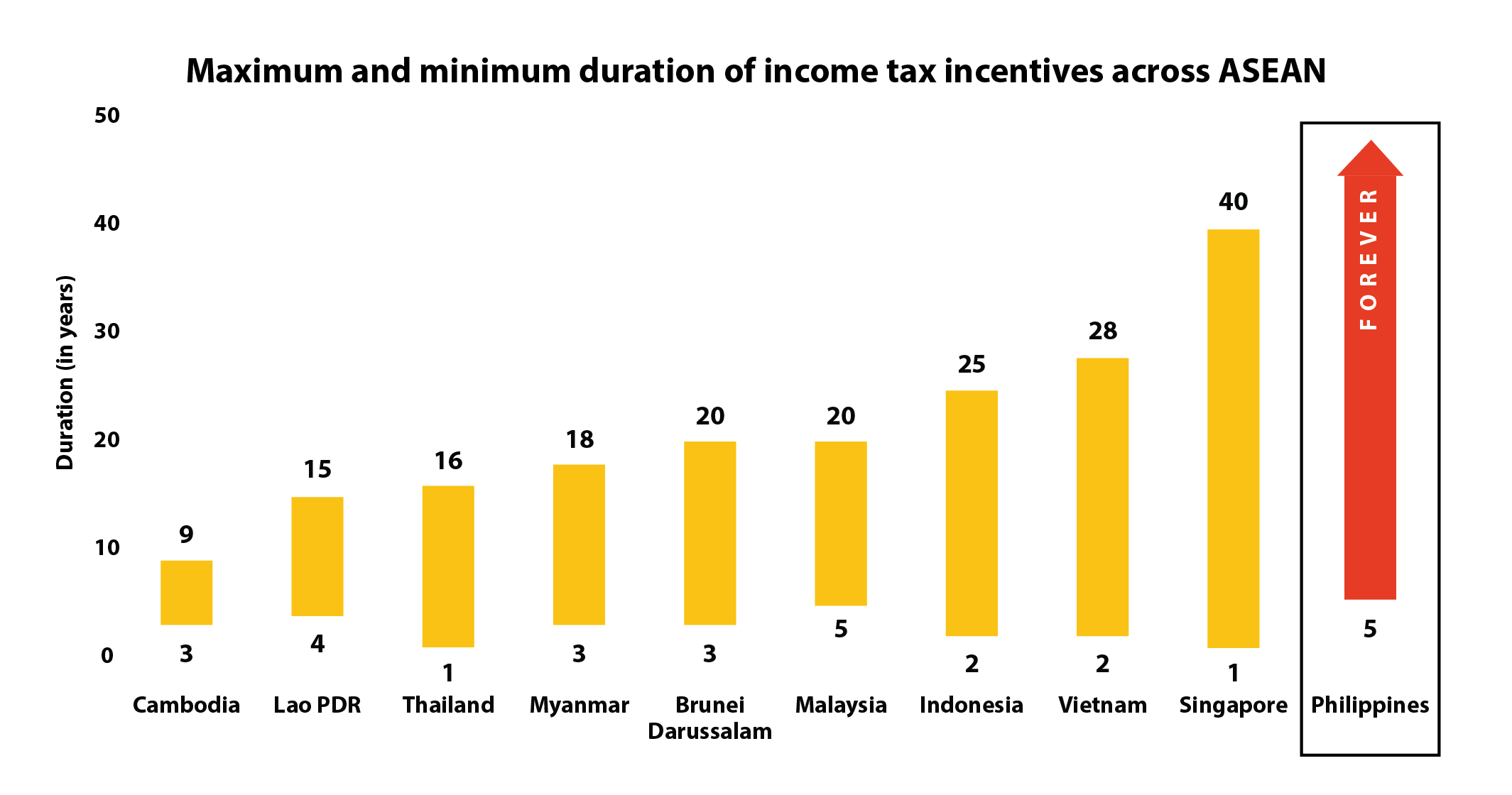 PHP 441 billion of foregone revenues in 2017 could have funded…

Package 2 seeks to promote a fair and accountable tax incentives system to make sure that every peso granted as a tax incentive yields a net positive benefit to society and that the industries and locations that deserve help are truly supported.

Under Package 2, incentives will be: 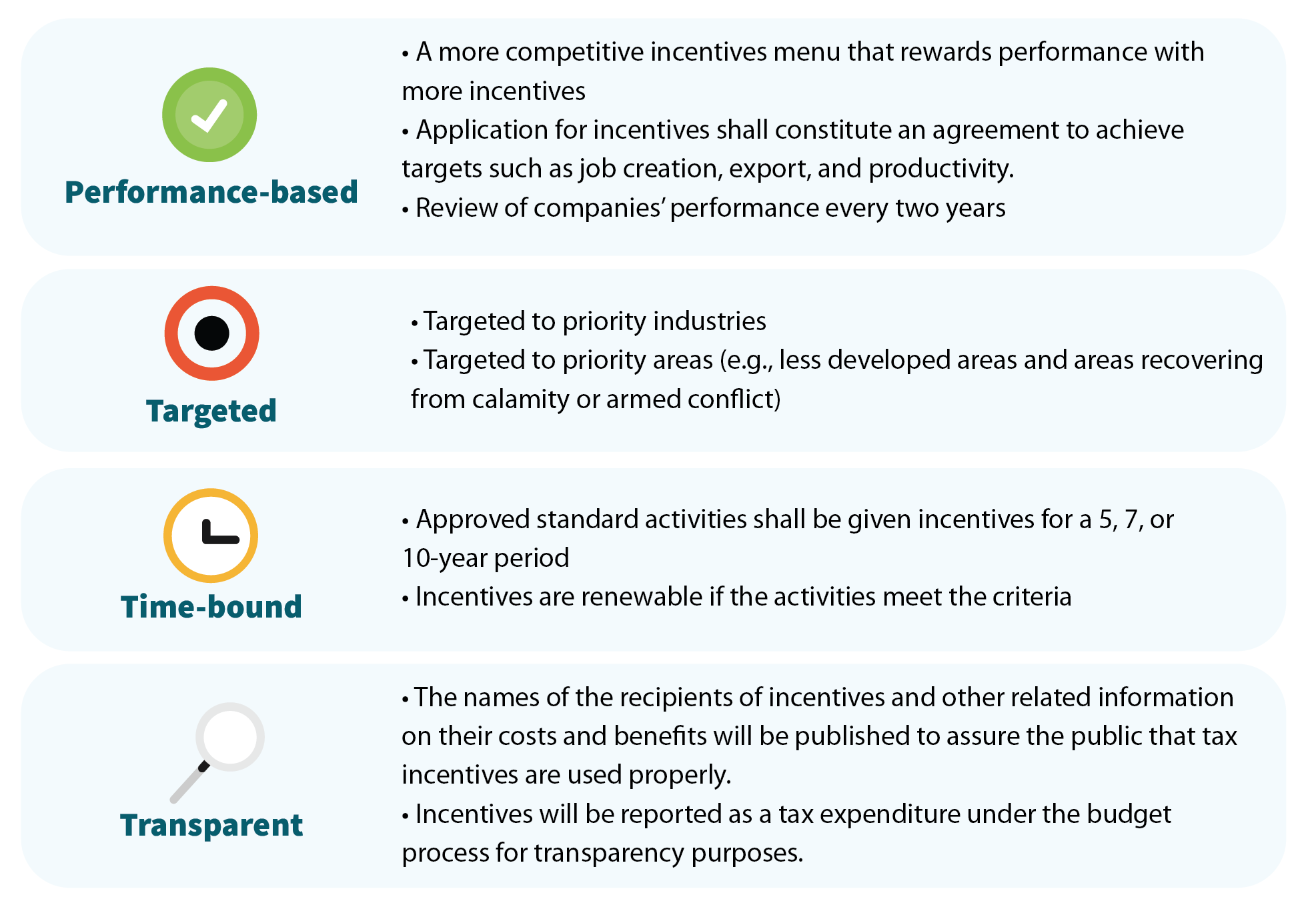