by Amy R. Remo of Inquirer 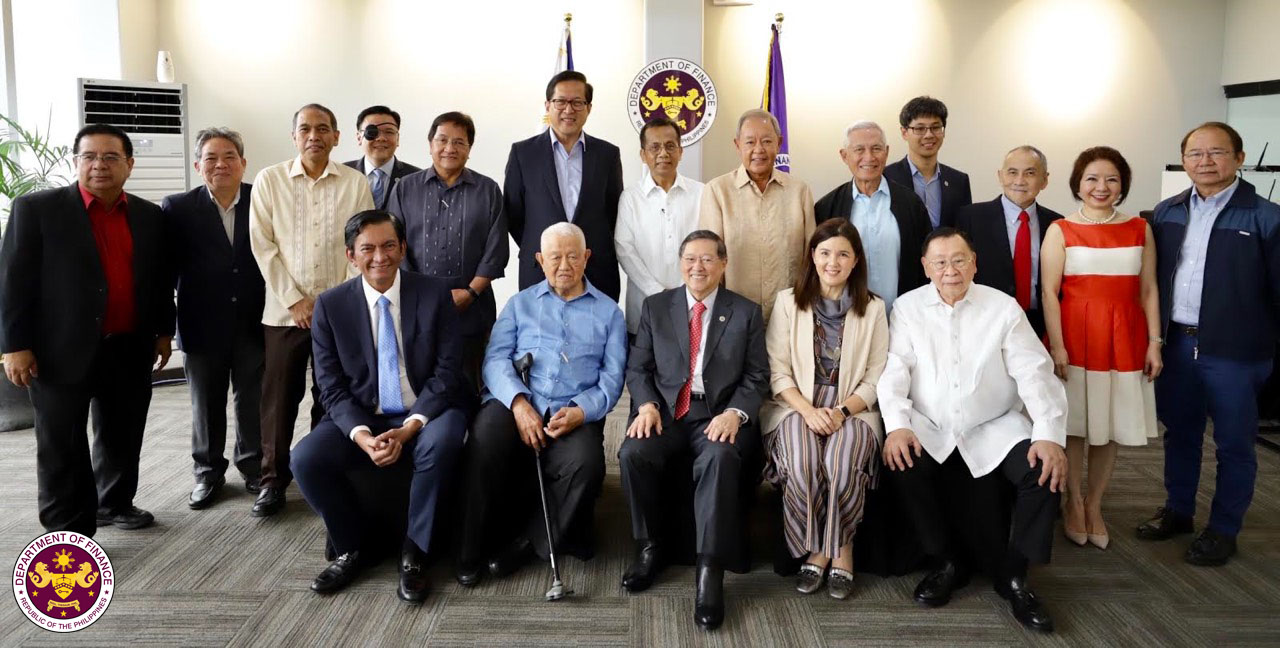 Former finance secretaries, top economists, experts and some of the country’s biggest business groups have thrown in their full support for the Duterte administration’s comprehensive tax reform program, which seeks tocurb poverty incidence and ensure a more sustainable, inclusive economic growth for the Philippines.

This strong backing from the private sector brings to light and attests to the innumerable benefits that can be had from these game changing tax reforms, which have the potential to create a “Philippines with no extreme poverty” by 2040.

There are four remaining packages under the Duterte administration’s tax reform program: Package 2 or the Corporate Income Tax and Incentives Rationalization Act (CITIRA); Package 2+ or the “sin” tax reform which seeks to further hike excise taxes on alcohol and
e-cigarettes; Package 3 or the Real Property Valuation Reform; and Package 4 or the Passive Income and Financial Intermediary Taxation Act (PIFITA).

In a joint statement issued in September, Former finance secretaries, which include Prime Minister Cesar Virata, Secretary Alberto Romulo, Secretary Margarito Teves, Secretary Roberto de Ocampo, Secretary Jose Camacho, former Undersecretary Romeo Bernardo, and economic experts pushed for the immediate passage of these tax reforms, as well as the proposed amendments to the Public Service Act (PSA), the Foreign Investments Act (FIA), and the Retail Trade Liberalization Act (RTLA). These reforms, combined with the amendments, are expected to help the Duterte administration achieve its twin goals of attaining an A-minus sovereign credit rating in the next few years and reducing poverty incidence to 14 percent by 2022 from 23.3 percent in 2015.

“All these reforms are necessary if the Philippines is to move forward to a future with no extreme poverty by 2040,” they further said.

In July this year, 14 local and foreign business groups meanwhile tagged 28 priority measures, including the four tax packages, which they hope the 18th Congress will consider, despite their reservations on some provisions of the said reforms.

As it is, the Philippines has already started to reap significant benefits from the crucial reforms that the Duterte administration has passed and implemented thus far.

“The policy and administrative reforms undertaken over the past three years under the leadership of President Rodrigo Duterte has reflected in the increased investment inflows into our economy. Over the past two years, the Philippine economy has attracted foreign direct investments of $20 billion. For two consecutive years, our FDI (foreign direct investment) averaged $10 billion a year, double the inflows that we received in 2015,” Finance Secretary Carlos G. Dominguez said in a speech he delivered last month.

Dominguez cited as an example the first package of the comprehensive tax reform program, which saw a reduction in the personal income tax rate, whose impact on government coffers was offset by increased excise taxes on sweetened beverage and tobacco.

“Apart from the increase in our revenues, we have been relentless in improving our tax administration. In 2017, one year after we took office, we cleaned up the cigarette business. We collected the highest amount of tax settlement from a single company totaling $600 million due to its non-payment of the correct taxes, and we forced the shareholders to sell their business to another company. We had the business sold to a foreign company, and now that company pays on the same volume of cigarettes about $50 million more per month in excise taxes,” he said recently to an international gathering in Manila.

Another feat for this administration was the passage of the Rice Tarrification Law after three decades of failed attempts. Under this law, the importation of rice is no longer limited by volume, but rather subject to a tariff that is earmarked for farmer productivity programs. To recall, the government used to spend an average of 31 billion pesos a year to keep the price of palay high for the farmers, but low enough for the end consumers. Since the implementation of this law in March of this year, the government has already collected more than 11.7 billion pesos in tariffs which will be used to support the farming sector.

“(The law) has brought down the price of our country’s staple food for more than 100 million Filipinos, and it has slowed down the inflation rate, which, in turn, eased the pressure on businesses to raise wages. We expect this key measure to be the main driver in modernizing our farm systems and bringing down rural poverty,” he further said.

The administration has also pursued governance reforms that have cut red tape, reduced corruption in government dealings, and improved the ease of doing business in the country.

There is, thus, a lot riding on the proposed comprehensive tax reform packages.

Over the short to medium term, the passage of Packages 2, 2+, 3 and 4 under the comprehensive tax reform program will already effectively improve the country’s tax system and make it simpler, fairer and more efficient.

For the benefit of businesses, the passage will help improve the country’s businessclimate and credit ratings, boost its competitiveness and attractiveness as an investment destination, while at the same time, ensuring a more level playing field for the local companies.

For the government, it means better fiscal discipline, streamlined processes, bettercollection efficiencies and more efficient roll out of incentives that can generate additional revenues for the national coffers—revenues that can be used to pump prime the economy as well as fund both its ambitious Build, Build, Build initiative and the many crucial socioeconomic programs aimed at curbing poverty such as targeted cash transfers.

For the general public, the passage of these sweeping reforms can redound to lower taxes, better and more benefits from government programs, as well as high quality job opportunities that have a huge potential to strengthen one’s spending power and improve the quality of life of the Filipino family.

Package 2 or CITIRA seeks to modernize the country’s long neglected corporate tax system by gradually reducing the corporate income tax (CIT) rate to 20 percent from the current 30 percent, which is the highest among economies in the Association of Southeast Asian Nations (Asean), and by rationalizing fiscal incentives through targeting strategic priority industries and areas.

Economists and former finance secretaries pointed out that “a modern fiscal incentive system that is performance-based, targeted, time-bound and transparent will ensure that each peso granted as an incentive is not wasted, and is instead given to companies that provide a net positive benefit to the country.”

They likewise endorsed Package 2+, noting that in further increasing excise taxes on alcohol as well as heated tobacco and vapor products, the said measure will also promote public health by discouraging consumption. Eventually, this reform will lead to better health and social outcomes, especially for the next generation of the Filipino workforce, and will help ensure the financial sustainability of the Universal Health Care (UHC) program.

Package 3 seeks to adopt internationally accepted valuation standards, which will helpresolve right-of-way (ROW) issues that have stalled critical infrastructure projects for up to10 years or more on the back of valuation disputes. This reform is deemed equally crucial considering the massive multiplier effect of infrastructure on the economy—from job creation, increased consumption and investment, as well as the rise in land values, especially in the countryside.

Former economic officials likewise pushed for Package 4 or PIFITA as it will simplify thetax system, support capital markets, and improve equity by lowering the number of taxrates by around half. The measure also seeks to reduce interest income tax to 15 percentfrom the existing 20 percent—a move that will enable 75 percent of a minority of Filipinos who access formal financial services, and who are mostly small depositors to save and earn more from their investments.

“Over the past three years, the administration has shown great political resolve in pursuing sweeping, game-changing reforms that the President committed in his Zero-to-Ten-Point Socio-economic Agenda. We have done this while investing heavily in infrastructure, maintaining fiscal discipline, and ensuring that we grow in a truly inclusive manner,” Dominguez said. “At the midpoint of the administration, we find ourselves more ready than ever to pursue the necessary reforms, beginning with the four tax reform packages.”

This article was published in the Philippine Daily Inquirer on December 15, 2019.

DOF thanks Congress for ratifying bill on tax hikes for alcohol, e-cigarettes →

Provinces and cities are losing an estimated P30.5 billion in total foregone revenues as a … END_OF_DOCUMENT_TOKEN_TO_BE_REPLACED