The Department of Finance (DOF) is facing what seems like an “impossible” job of slashing personal and corporate income taxes to make the country’s rates more competitive in the region on one hand, and raising at least P800 billion more yearly for the Duterte administration’s ambitious public investment program on the other, according to Finance Secretary Carlos Dominguez III.

Dominguez said that raising enough money for the government to spend big on infrastructure, human capital, and social protection is no simple task, given that people have the propensity to hate taxes and the Duterte administration’s goal is “anything but timid,” which is to sustain a 7 percent growth rate and attain economic inclusion.

Fortunately, “the tax reform program is strongly supported by the business community, the foreign chambers of commerce, the community of economists and fiscal policy experts, and by all our multilateral development partners. All those who understand the vital link between a strong fiscal position and a truly inclusive pattern of development cheer this tax package as they would a passing rock star. That is all very encouraging,” Dominguez told a recent gathering in Intramuros, Manila.

“In this new administration, the Department of Finance (DOF) is tasked with what might seem like impossible goals. We are committed to bringing down corporate and individual income tax rates to put them at par with the rest of the region. At the same time, we need to raise an additional P800 billion to fund an urgent infrastructure program, expand programs of social inclusiveness and bring down poverty rates to more civilized levels,” the finance chief said.

Dominguez pointed out that the DOF needs to impress two critical sectors—[1] lawmakers who need to pass the Comprehensive Tax Reform Program (CTRP), particularly its first package now pending before both chambers of the Congress, and [2] populist groups that see any new revenue measure as an opportunity for mounting street protests.

“We have to deliver our service in a pretty hostile environment. It is a biosphere inhabited by politicians who find political profit in giving away tax exemptions of every imaginable variety, populist groups that equate every revenue measure as a form of oppression and highly talented accountants skilled in the dark arts of tax avoidance,” Dominguez said. “It is never easy to navigate through this hostile environment.”

But an even “greater task” is to win the support of the masses, especially the wage earners, by making them understand that the CTRP is crucial to attacking poverty and transforming the fast-growing Philippine economy into a truly inclusive one where every Filipino enjoys the benefits of high growth.

“The greater task is to build public support for the tax reform package, especially from wage earners. We need to help the ordinary citizen understand how critical the tax reform package is to finally make the turn from exclusive to inclusive high growth rates and bring down levels of extreme poverty to the lowest levels ever,” Dominguez said.

He said, “the usual excuse of legislators for not supporting tax legislation is that the amount to be collected could be raised by tightening on tax administration.”

“Anticipating that we have tightened tax administration early on,” he said. “As much as we can, within the framework of prevailing laws, we have simplified processes and improved discipline in our main revenue agencies. As a result, both the BIR (Bureau of Internal Revenue) and the BOC (Bureau of Customs) have performed well, with the Customs Bureau actually exceeding targets in the fourth quarter.”

Dominguez has welcomed the move by the House committee on ways and means to “approve in principle” the first phase of the Comprehensive Tax Reform Program (CTRP) before the Lenten break of the Congress.

Dominguez said the decision of this committee chaired by Rep. Dakila Carlo Cua to pass tax reforms as a package rather than on a piecemeal basis is a step closer for the Congress to help the Duterte administration fund its ambitious agenda to sustain the high-growth momentum, dramatically cut poverty and transform the country into a high middle-income economy by 2022.

The House ways and means panel voted in its 8th public hearing on the CTRP to “approve in principle” tax reform as a package and not on a piecemeal basis, subject to the creation of a Technical Working Group (TWG) that would draw up a substitute bill consolidating the proposed reforms by the Department of Finance (DOF) with other tax-related proposals by the lawmakers.

He said that funding the Duterte administration’s ambitious public investment program will be done through the implementation of the CTRP, which aims to make the current outdated tax system simpler, fairer and more efficient.

“May I also mention that we did this in record time. There’s no other administration that has submitted a tax reform program within 90 days of its assumption of office,” Dominguez said.

According to the finance chief, now is the best time to push this tax reform plan, considering that interest rates remain low enough to attract investments and a “large demographic wave of young Filipinos are about to enter the workforce, expecting a dynamic economy that will have jobs for them and space for their dreams.”

“There is no other way to state the urgency of passing the tax reform package at the soonest than to say we are at a Cinderella moment today. If we do not seize this rare opportunity to break the old cycle of high poverty, poor infrastructure, and low growth, we will condemn the next generations to the past we want to leave behind,” Dominguez said. 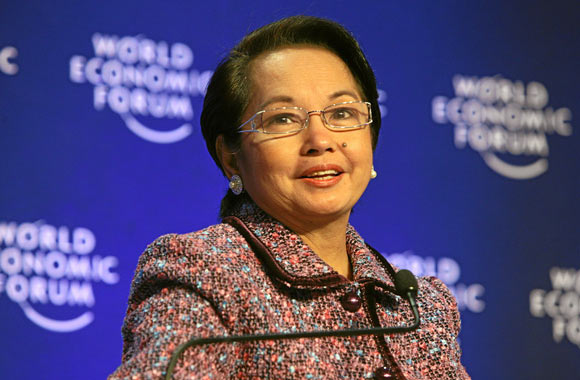 THE TAX REFORM FOR ACCELERATION AND INCLUSION (TRAIN) ACT. →

More than 1,000 entrepreneurs, mostly representing small and medium enterprises (SMEs), were consulted by the … END_OF_DOCUMENT_TOKEN_TO_BE_REPLACED